What is so special about Swarovski Crystals? 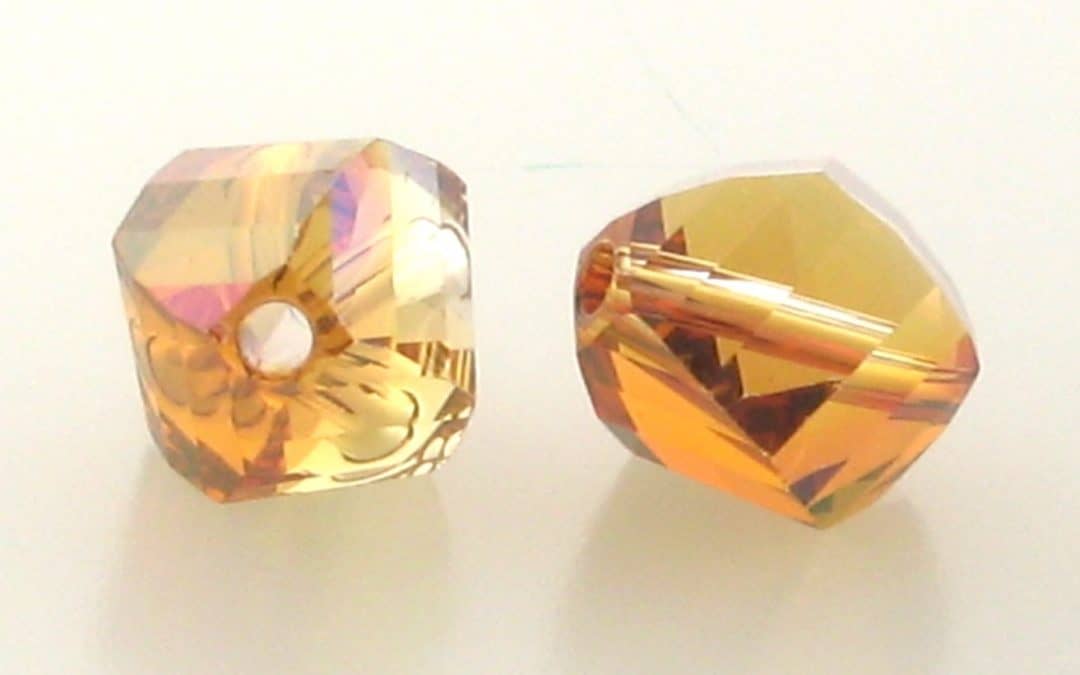 Why are Swarovski crystal beads so unique? Synonymous with the highest quality, there are many facets to these stunning stones that make them stand out from lackluster competitors in the market. Why should you choose certified Swarovski crystals for your next jewelry making project?

A favorite of top-notch fashion designers from Christian Dior, who aided in their creation, to Christian Louboutin, Louis Vuitton, and Chanel, the secret manufacturing process of Swarovski crystals results in a spectacular stone that emits an explosion of rainbow sparkles. What is known about how Swarovski crystals are made? The proprietary method of creating these manmade stones, a favorite of jewelry designers, involves a combination of quartz sand and other minerals including lead, which help maximize the refraction in the crystals. Once formed, each crystal is precisely cut with the company’s patented cutting machines, then polished, and sometimes coated for effect. This combination results in a multitude of facets, as many as 100, each bend capable of refracting light in different directions. This patented, complicated manufacturing process makes these spectacular crystals more expensive than dull bargain doppelgangers.

Featured in classic, elegant designs, from the giant crystal on top of the Rockefeller Center’s Christmas tree to Swarovski crystal pendants adorning designer jewelry, handbags, and clothing, Swarovski stones emanate luxury. Though named ‘crystals,’ science aficionados will be quick to point out Swarovski creations aren’t actually crystals at all. They are closer to a gemstone, with a higher refraction index than true crystal and actually similar to a diamond, though manmade. In fact, their Austrian creator David Swarovski, dreamed of Swarovski stones offering a more accessible “diamond for everyone.”

Choose Swarovski Crystals if You Want to Steal the Show

Since their creation in 1892, Swarovski crystals have been featured in movies and worn by starlets for over a century. They have graced the clothing of Marlene Dietrich in the 1932 classic Blond Venus,adorned Marilyn Monroe in Gentlemen Prefer Blondes,and encrusted Audrey Hepburn’s Breakfast at Tiffany’stiara. More recently, took the spotlight at the 2018 Academy Awards, over 45-million crystals decorating the stage.

Stand out from the competition with crystals that are a cut above the competition. Shop the wide array of Swarovski crystal beading supplies at Crystal Findings today.

Take Advantage of our Best Pricing!